Chrissie is a 60 foot trad style narrowboat, built by Stoke Boats in 2015-16.
We commissioned this bespoke boat after spending many months looking for the "right" secondhand boat, but the right boat couldn't be found.
Late in 2015 when Mike at Stoke Boats said he had an over winter build spot we took the plunge and booked it.
Stoke boats have been building boats for decades and Chrissie was to be No.297 so they should know what they're doing by now. They build the shell from scratch and do all the fit-out work.
Our last boat was also a Stoke Boat, secondhand to us in 2014, built in 1997 called Eliza Jane but she was only 42 feet long and as we needed a long term cruising boat with washing machine, raised dinette etc which can only be fitted into a longer boat. EJ had served us well for two years.
Chrissie was ready for the 2016 Crick Boat Show near Northampton and we agreed to take to the show as their show boat. For the three days of the late May Bank Holiday we showed over 300 people over the boat. It must have gone down well because Stoke Boats took an order at the show and several more followed shortly afterwards.
Special thanks to Russell and to welders Bob and Mat.
We had an annoying propeller noise, it's called a "singing prop" which can happen to any prop, some do some don't, ours did so she went back to the yard for the edge of the prop to be dressed further which cured it instantly. And one or two other jobs that didn't get finished in time.

Basic spec can be found at tab above.

During 2016 between late May and Early November, we cruised almost continuously apart from the odd trip home for a few days, and covered over 572 miles which included over 348 locks and 343 hours cruising time, and numerous tunnels.

Geographically this year we've been as far North as Harecastle Tunnel on the Trent and Mersey Canal, to the end of the Ashby Canal near Hinkley, all of the Staffs and Worcester Canal onto the River Severn down to Gloucester and then to the end of the Gloucester and Sharpness Canal. Returning up the River Severn to Tewkesbury then joining the River Avon to Stratford on Avon then the Stratford Canal onto the Grand Union, down the Oxford Canal into Oxford and briefly onto the River Thames for one night. Returning back up the Oxford Canal to overwinter the boat in Ventnor Marina near Calcutt on the Grand Union. 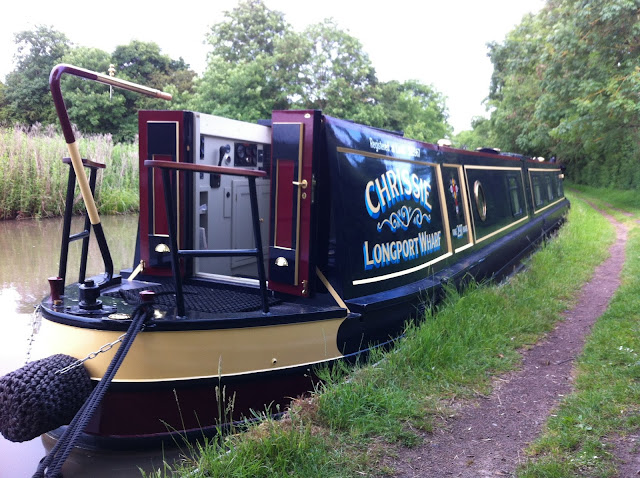 Traditional lines, expertly crafted by Stoke Boats. recessed side panels help to break up
the length of the boat. 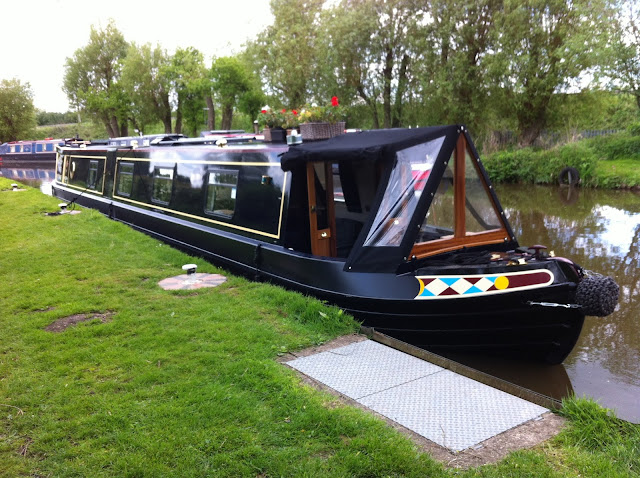 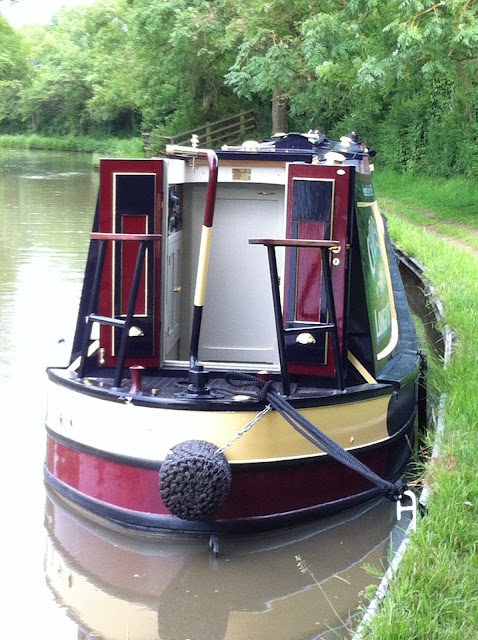 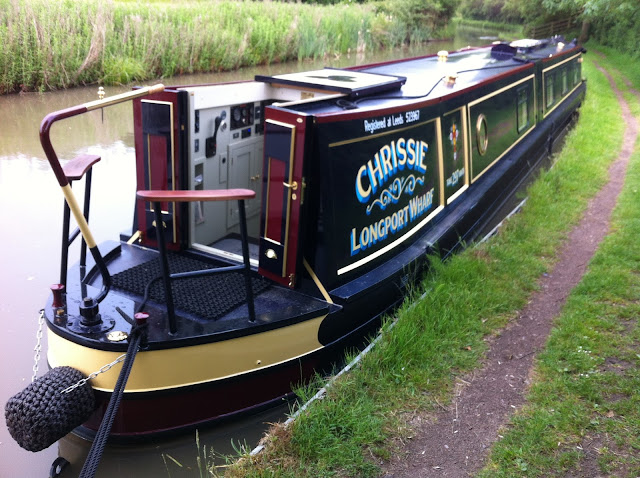 
Autumn is a special time on the canals for us. We hung on cruising into November to get the best colours on our journey back up the Oxford Canal. So lucky with the weather, which helps. Not too much wind allowing the leaves to hold on longer than normal.
Our multi-fuel stove was put to good use helping us to keep warm. It stays in overnight well and with a bit of encouragement can be rekindled in the morning. That along with the Webasto central heating and we were snug as bugs.
Autumn pictures to follow. 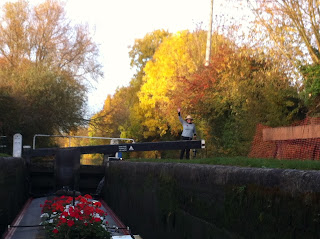